Lionheart: Dark Moon RPG is a fantastic RPG developed by Cheetah Games, with stunning 3D graphics. Start your journey to collect keys and summon over 150 heroes. Battle mighty bosses and clash with other players in weekly PvP tournaments. 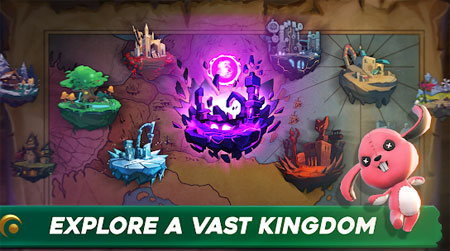 Defend your Kingdom from the eternal army of the Mirror as they lay siege to your world. Summon and collect new characters and take them to battle. Enter the arena and PvP against other player’s cities. Use mighty guardian heroes to soak up damage while your mages cast awesome magic spells. Join a Guild and level up your own guild titan for extra power.

Every hero has their story. Collect them all and unleash their power as you journey to victory. Choose your destiny and use all your heroes to reach the bottom of this nearly-endless dungeon. If you get stuck in the game, check out the video walkthrough and gameplay for the game.