Jurassic Tribes is an awesome strategy game by 37GAMES. Lead your tribe to victory in real-time battle against other players from the world. Construct buildings, train units, breed feisty plants that defend against attackers and even tame dinosaurs. Sharpen your weapon of choice, saddle up on your mighty beast, and head to battle. 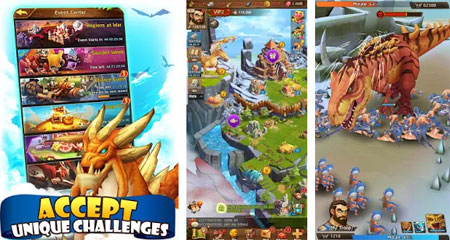 Explore massive lands filled with resources and treasures, encounter dangerous cannibals and dinosaurs. Recapture the lost lands and tame mighty dragons and dinosaurs that grant remarkable support in and out of battle. Fight alongside your allies from around the world with the help of real-time translation. If you get stuck in the game, check out the video walkthrough and gameplay for the game.