Gladiator Glory is an awesome action game by Progress Games, set in the Roman Empire. You will travel a long way full of dangerous fights and incredible historical mysteries before the emperor crown you with the triumpher laurel and grant you the desirable liberty. 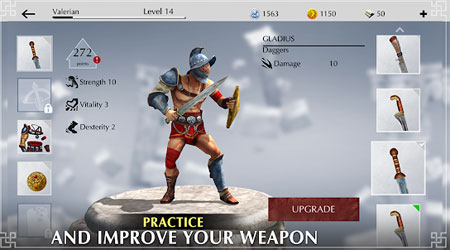 Fight with gladiators from all over the world with various combos and special skills, defeat them in the arenas of various settings. Complete your quests to reveal the secrets and find the way to liberty. Travel the Roman Empire, unlock new arenas to gain glory. If you get stuck in the game, check out the video walkthrough and gameplay for the game.