Disney Epic Quest is an awesome RPG developed by goGame. A virus named Syntax has infected the Digital Kingdoms, causing massive chaos. Assemble a squad of Luminaries a.k.a Disney and Pixar characters to battle the infection and retrieve Cryption Keys to stop Syntax. 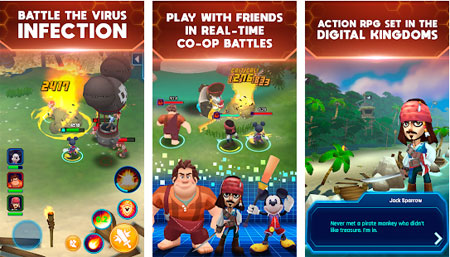 Recruit familiar Disney characters into your squad to battle infected Pixels in the Digital Kingdoms. Progress through story missions by yourself. Gather real-life friends to defeat enemies in co-op or Showdown mode. Form a strategic squad with three characters of complementary classes. If you get stuck in the game, check out the video walkthrough and gameplay for the game.