Thor: War of Tapnarok is an exciting adventure game from Appxplore. After the dust of Ragnarok have settled, Loki God of Mischief has taken Heimdall’s Crystal Staff and intends to bring eternal war upon Asgard. Using the magic staff he opened the portals to all the Nine realms and released all kinds of ugly monsters. They are now at the gates of Asgard and Tapnarok is almost upon us. 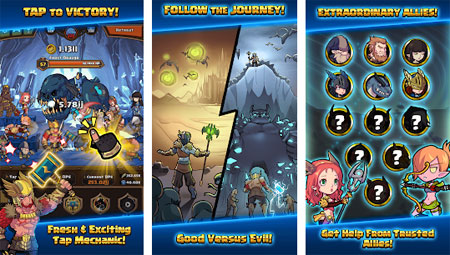 It is your duty as Thor, The Viking Son of Odin, Beloved King of Asgard and the True Ruler of all the nine realms to defend your home from the invasion. Marvel at the legendary myth and might of Thor as he fights countless monsters and go on an Epic journey with the help of his trusted allies such as Valkyrie, Freyja, Tyr, Viking Warriors and even The All-Father Himself Odin.

Unlock Allies and use their skills to defend Asgard. Use Thor’s Power-Ups for explosive gameplay. Summon 37 of Asgard’s most powerful Treasures. Defeat various enemies and hideous monsters. If you get stuck in the game, check out the video walkthrough and gameplay for the game.