Jurassic Island 2: Lost Ark Survival is an awesome adventure game from Area730 Entertainment. You will take on the role of a brae high class pilot. One day your plane mystically crashed and you stay alive after the accident. You landed on an island full of dangerous and giant dinosaurs. 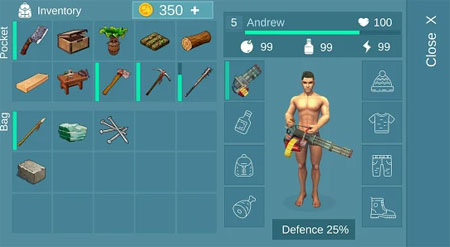 To survive you need to find food in the forest, craft tools to get resources easier, build ark shelter to protect yourself from hungry dinosaurs. Explore wild island of carnivore where the dinos are everywhere. Hunt dinosaurs with lots of weapons – pickaxes, bows, spears, revolvers and rifles. Use crafting system with tons of recipes to become a skillful hunter. If you get stuck in the game, check out the video walkthrough and gameplay for the game.