Hero of Cryptoworld is an awesome RPG developed by VX Network. You will recruit and level up numerous heroes to stop the Dark Lord from resurrecting, while participating in strategic combat scenarios and competing against friends in the Arena. 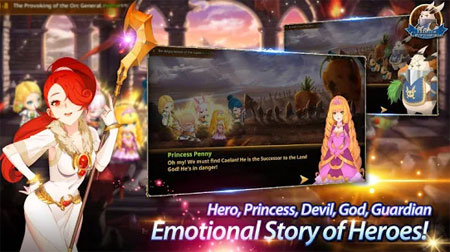 The game is also filled with content people expect from AAA mobile games such as Raid Bosses, World Bosses and high-quality graphics. If you get stuck in the game, check out the video walkthrough and gameplay for the game.