Quest 4 Fuel is a turn-based RPG and strategy game from Rogue Games, set in a dark post-apocalyptic world that fights for the control of infinite fuel. Take your heroes to battle through the bloodiest worlds of the wasteland. Chase your enemies and fight in turn based RPG battles through the 5 worlds and 10 chapters of the PvE campaign.
goedkoop nike air max schoenen 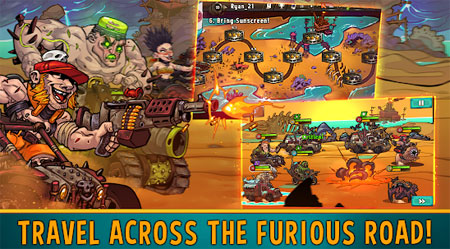 Chase, face and defeat your enemies in frantic RPG combats by turns filled with action and strategy. You must always choose the best ability to take your gang of heroes to victory. There are five different classes in the game and each one has its pros and cons: Mechanic, Berserker, Scientist, Pilot and Lunatic.

The game features more than 45 Heroes and powerful Champions. In each game mode you will face different challenges to unlock new heroes. You can train each hero up to level 80 and ascend to 5 stars to unlock all their abilities and unleash their full potential. If you get stuck in the game, check out the video walkthrough and gameplay for the game.